There are lots of reasons to love shuffleboard. It’s competitive, it’s pretty addictive, and yes, the actual shuffleboard rules are as simple to follow as any table game you’re going to find.

Of course, that’s easy for us to say, we’ve been playing for years. If you’re brand new to the game, then we have to admit those rules may not seem so easy to learn. At least not without a proper guide to break everything down.

That’s where we come in.

In this complete guide, you’ll learn everything you need to know about how to play shuffleboard, from setting up your game to mastering the rules, scoring points and determining a winner, all broken down into simple, step-by-step instructions.

What You’ll Need to Play Shuffleboard

Another reason why we love shuffleboard is that you don’t need a great deal of equipment to play. All it takes to get started is the two following essentials:

These days, an increasing number of bars and gaming venues have set up their own full-sized shuffleboard to capitalize on the resurgence in popularity of this retro pastime. If you’re not fortunate to have such a venue in your area, you can always buy a tabletop shuffleboard set such as this 2-in-1 shuffleboard and curling set from Go Sports. 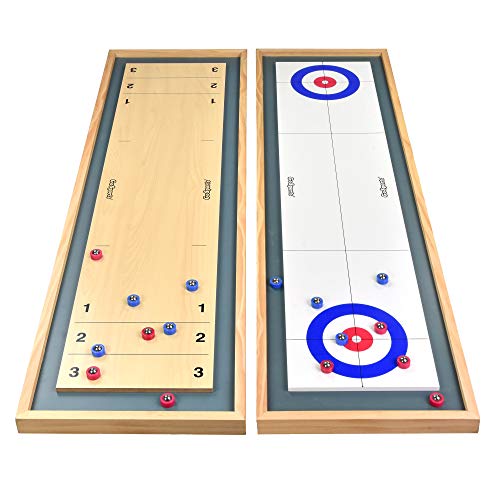 The 8 weights should be divided into two differently-colored sets of 4, one for each team. Shuffleboard weights come in red and blue sets, though it’s not impossible to find them in other colored sets such as this black and orange one from GAO.

Once you’ve gathered your gear, it’s time to set it up ready for play. 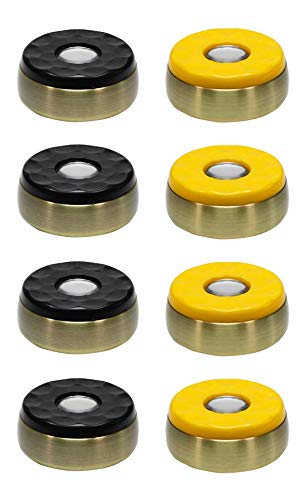 How to Set Up a Shuffleboard Game

Both players should stand at the same end of the table.

Whether you’re playing shuffleboard or bocce ball or just about any other game imaginable, flipping a coin is always a quick and easy way to decide which player goes first.

Alternatively, each player can send 1 weight down the board. Whoever gets their weight furthest to the end without it falling into the gutter can then decide whether they want to start the game or hand that responsibility to their opponent.

Unlike other games, it’s actually advantageous to go second in shuffleboard. Doing so means that you’ll still have one weight left to play after your opponent has thrown their last one, giving you a final chance to knock them off the board or out-distance them if you need to.

To begin, the first player slides their weight down the table, aiming to land it in one of the scoring zones without it dropping into the alley.

The next player follows suit, and play continues until all 8 weights have been played.

In simple terms, the goal is to get at least one of your weights further down the table than any of your opponents. Yet, admittedly, there is a little more to it than that, which is why the shuffleboard rules can sometimes seem a little complicated for first-time players.

However, and this is very important:

How to Win at Shuffleboard

The player whose weight (or weights) are furthest down the board wins the round and their points are added to the scoreboard. Both players then move to the opposite end of the board and -with the winner going first- start the next round.

Play continues in this manner until one player is the first to reach a pre-agreed set of points, usually 15 or 25.

Other Key Points You Need to Know

Above, we’ve outlined almost everything you need to know to start playing this classic old-school game, but there are three other important shuffleboard rules you should be aware of first.

1: It’s OK to knock your opponent’s weight with your own. In fact, pushing your opponents off the board to stop them from winning is considered a sound shuffleboard strategy.

2: If the weight goes off the table and into the alley, it is considered out of bounds.

3: If a weight stops dead on a line between two scoring zones, the lowest scoring zone applies. In other words, if the weight stops between zones 2 and 3, that weight would only score 2 points.

The Final Word on Shuffleboard

Although the scoring can seem a little complicated at first, by using our guide above you’ll no doubt find that shuffleboard can be a wonderfully simple and enjoyable game for all ages and occasions..

It’s this simplicity and high entertainment value that has helped shuffleboard remain just as popular today as it was way back in the days of the English King Henry VIII over 400 years ago.

Still, if you try it out and find it’s not for you, there are plenty of other fun table games you can try. See our guides to playing ping pong and pool for a few good examples. 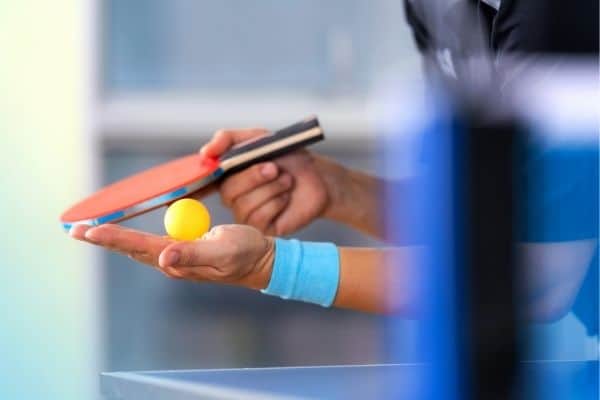 Learn the proper techniques and effective tips on how to serve in table tennis or ping pong that will help you win the game. 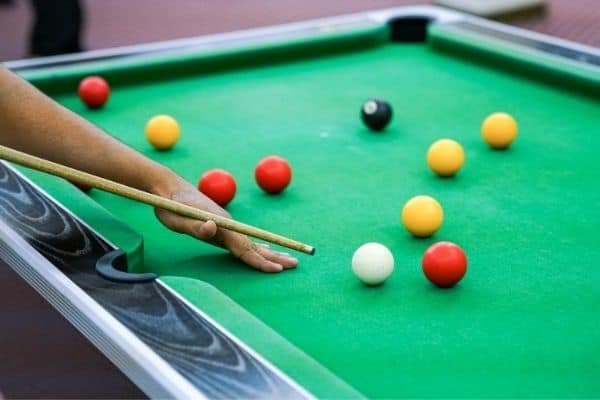 If you have been having a hard time executing the perfect jump shot, it is probably because you have been using the wrong pool cue. Mastering the jump shot takes speed, power, and accuracy to execute. While you might be able to manage all this with your shooting cue after much hard work and frustration,… 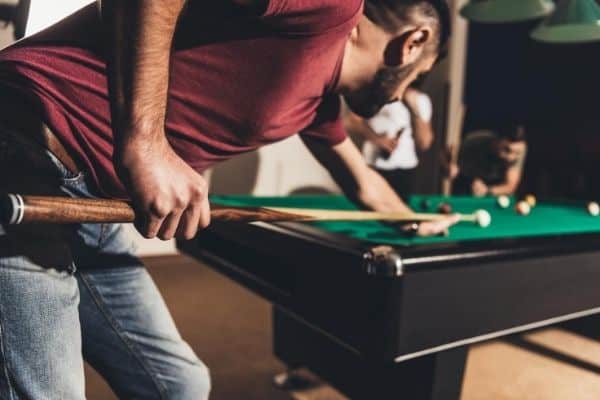 Back in the day, there were only a few top brands that produced the best pool cues. Flash-forward to today and the internet has changed all of that. Now, there are countless makes and models for your shopping convenience. There are some, though, that would argue against that statement. With so many choices to choose… 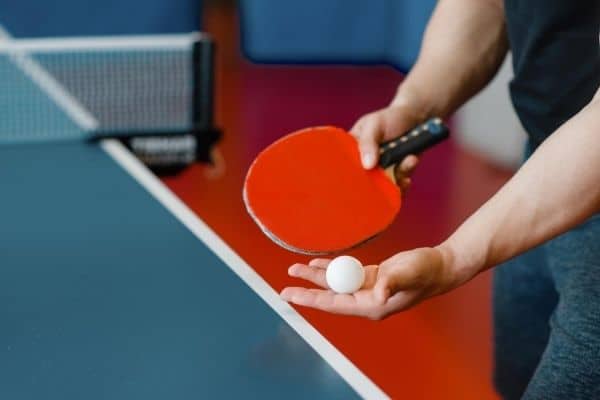 If you are an avid player of ping-pong, then you know that putting a spin on the ball will allow you to get a faster momentum and have a higher level of accuracy. No matter how much you play, adding spin can improve your game drastically. Well, spin can only be done by getting the… 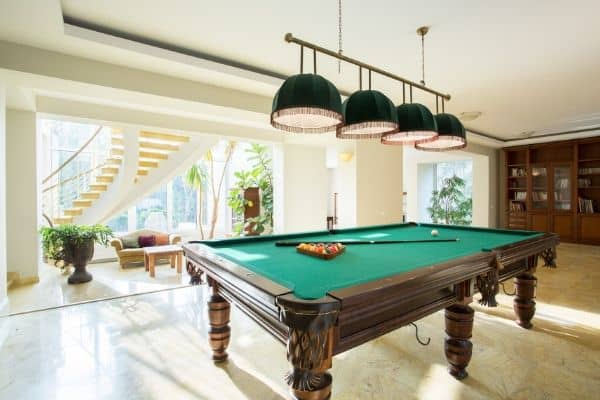 Pool is one of the most popular games in the world and for a good reason. It’s ideal for families, friends, and workspaces because anyone can play and learn. In this guide, we’ll look at the best pool tables in 2020 and explain what features you should look for.  Whether you want to introduce a… 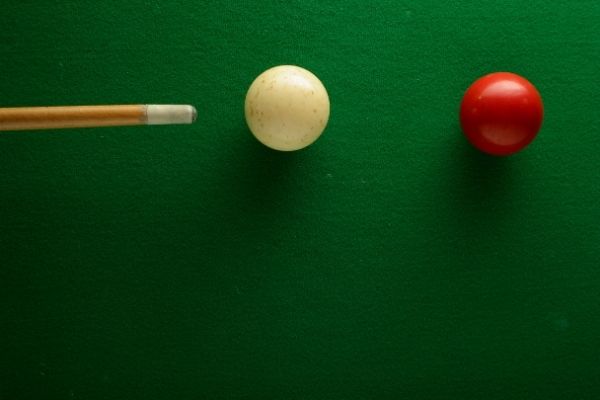 Here are detailed reviews of the best pool table felts that are made from quality material and will endure many games of pool. Pick one that fits your style!