Do you want to know how to play darts? If so, you have come to the right place. Luckily for you, playing darts is not that difficult if you learn the rules of the game, understand throwing techniques, and practice. Without further ado, let’s get started!

A good dartboard should be made from vegetable fiber, which is called a “bristle board.” It consists of 20 segments, numbered from 1 to 20. A black circle called the “bullseye” is at the center of the circle, and a red ring called the “25 ring” surrounds the bullseye.

From there, the segments spread out. They are broken up by a “treble” ring that is about halfway to the edge and a “double” ring, which marks the rim of the circle. These two rings help to denote scoring. For example, if a dart lands on the segment marked 8 and is within the treble ring, you have scored a “treble 8.”

If you want to be in regulation, the board should be placed so that way the middle of the bullseye is 1.73 meters, or 5 foot 8 inches above the ground. An “ooche” (pronounced okky) is placed 2.37 meters, or 7 feet, 9.25 inches from the front of the door. Most people, however, just make some kind of mark on the ground for casual play.

There are several types of games that you can play when you’re playing darts. The two most common games are 501 up and 301. These games are often played in professional matches. Here’s how to play both:

501 up is the simplest of the dart games. To begin, each player starts with a score of 501 and takes turns throwing three darts, which are front weighted and flighted. The objective of the game is to be the first player to hit exactly zero. The catch of the game is that the last dart thrown must land in a double or a bullseye.

Every time you throw a dart, the score is calculated and deducted from the player’s total. A bullseye is worth 50 points, the outer ring is worth 25 points, and the double or treble rings are worth double or treble the segment score. You do not have to throw all three darts to win, meaning that if you score 0 on the second throw, you don’t have to throw the third throw.

If you reduce the score to one or drop below 0, that score is a bust. What this means is that the turn ends, and the score is returned to whatever it was at the beginning of the turn. For example, if the player began with a score of 32 and dropped below 0 on their second turn, they do not get their third turn and their points immediately go back to 32.

301 is played the same way as 501 up, but the main difference is that players start the game with 301, instead of 501. Depending on the game you’re playing, some games will require a double to start scoring, as well as to win the game.

In 301, professional players know the numbers to aim at whenever the score gets below 171. The reason for this is that they will be able to hit zero with three darts. Obviously, there are many combinations for this, and it takes a lot of practice.

501 up and 301 are not the only games to play, but they are the most popular. Here are a few other popular dart games to play:

Even if you know how to play the dart games, it can be difficult to play if you do not know how to throw the dart properly. Throwing a dart consists of the grip, stance, and release. Here are some tips for how to throw like a pro:

Grip refers to how to hold the dart before you throw it. There are several factors that go into the proper grip:

Stance is another important factor in throwing a dart correctly. If you have a poor stance, you are unlikely to hit the target. Here are some techniques for having the proper stance:

Finally, release is the last factor to consider when throwing a dart. Your release will determine whether or not your dart goes where you have lined it up to go. Here are some tips for having a proper release:

Darts is a fun game to play, and it can take a lot of time and energy to master. If you put in enough time and practice, however, you will quickly learn the rules and better improve your dart-throwing abilities.

If you are new to playing darts, we recommend playing 501 up because it is straightforward and easy to play. Additionally, you don’t have to worry as much about board regulations since you are still learning to play. However, do try to master the tips relating to grip, stance, and release because these tips will help you better improve your game.

Regardless of whether you are playing a serious game or casually throwing darts by yourself, always remember to be safe and smart. Do not throw the dart around anyone or animals because they’re sharp. If you are safe, then you’ll have a lot of fun learning how to play darts. 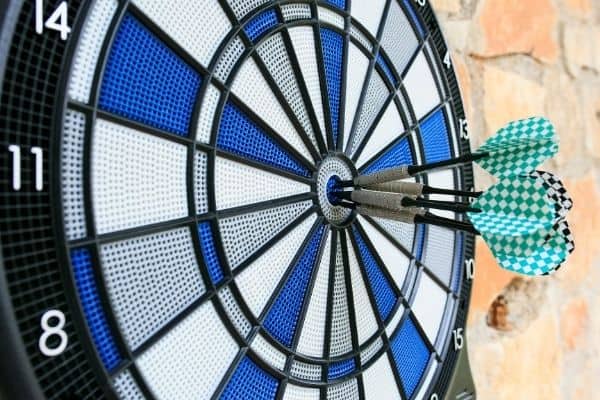 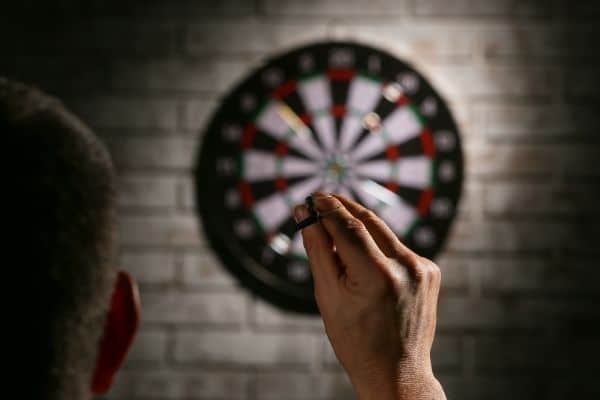 It’s often said that darts is a game that takes minutes to learn and a lifetime to master, but the sooner you get a handle on how to throw a dart with precision, the sooner you’ll be able to conquer popular games like 501 and throw those arrows like the pros. Still, that’s easier said… 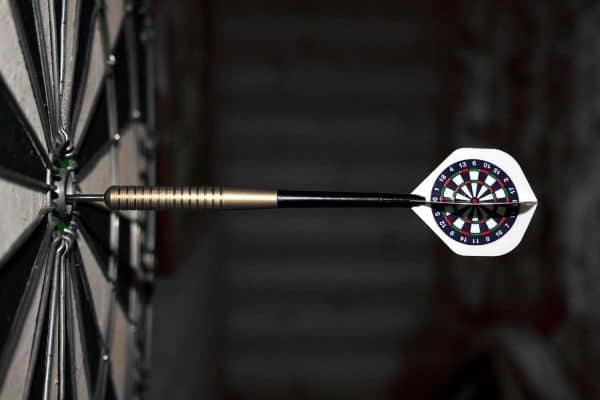 Darts is a hobby enjoyed by adults and children around the world. It’s about precision, accuracy, and technique. People often think about which brand of darts they should buy, but rarely consider flights.  When you buy a set of darts, they include flights, but they’re often poor quality. The fact is, the wrong set of…